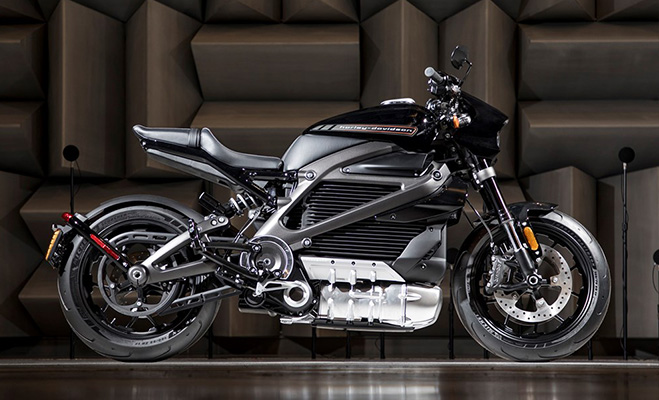 Early Monday morning, Harley-Davidson® dropped a bombshell of information, giving us a sneak peek into what’s to come from the Milwaukee based company within the next few years. In the “More Roads to Harley-Davidson” growth plan, the company announced an impressive line-up of new models coming down the pipeline.

Within the next three years, Harley will be launching a number of new bike models including the long anticipated electric bike – Livewire™, an adventure bike, streetfighter and an all-new custom bike.

By branching out into these different motorcycle segments, Harley-Davidson® is attempting to captivate and attract a younger demographic of riders to continue the freedom legacy. These new bikes are expected to help Harley-Davidson® rival other competitors including Ducati, Triumph and BMW in their similar model segments.

Let’s take a closer look at the bikes …

If you remember Project Livewire™, then you know just how long this motorcycle has been in the works at Harley-Davidson®, and this news is incredibly exciting. In 2014, Harley-Davidson® invited thousands of real riders from across the world to test out Project Livewire™ to collect their experience and get their opinion on the bike. With the feedback Harley-Davidson® received from these riders, they’ve refined the all-new Livewire™ and created a “next generation electric motorcycle that builds on the performance of the original prototype.”

“a next generation motorcycle that builds on the performance of the original prototype.”

With an authentic look, sound and style, this fully electric motorcycle will “broaden the portfolio with lighter, smaller and even more accessible product options to inspire new riders with new ways to ride.”

This easy-to-ride premium motorcycle will feature no clutch and no gears – just a simple “twist and go” system. The Livewire™ will boast thrilling acceleration, instant torque and exceptional performance, with an iconic styling that expresses individuality.

Harley-Davidson® intends to follow the release of the Livewire™ with an exciting portfolio of two-wheeled electric vehicles. While Livewire™ will be released sometime in 2019, we can expect these additional models to be released through 2022.

Harley-Davidson® is breaking into the sport bike industry! With the announcement of the new Streetfighter model, Harley-Davidson® is expanding into middleweight models, meaning they can now compete on a level playing field with similar sport brands including Ducati, BMW and Suzuki.

With its unapologetic modern style, a 965cc V-twin and performance and agility that carves through city streets, we’re excited to see this streetfighter motorcycle land in dealerships. Look forward to seeing this motorcycle sometime in 2020!

Adventurers rejoice! Harley-Davidson® has also announced the launch of their first ever adventure touring motorcycle.

With knobby tires, generous ground clearance, skid plates, and a 1250cc V-twin, the Pan America™ will be perfect for travelling long distances, on or off road.

“perfect for travelling long distances, on or off road.”

This all-new adventure touring bike will allow the rider to experience adventure their own way with a “commanding riding position [that] allows the rider to see the world from another point of view”.

CEO Matt Levatich has confirmed that the Pan America™ is currently being tested on a track in Arizona, and we can expect this adventure touring bike to officially launch sometime in 2020.

Something a little more familiar to the brand, Harley-Davidson® has also announced the production of an all-new custom motorcycle.

Expect this Harley-Davidson® Custom to be launched sometime in 2021.

In a recent interview, President and CEO Matt Levatich was quoted stating, “We are shifting our mindset from ‘we build bikes’ to ‘we build riders'”. Perhaps we can expect for there to be an even wider variety of new models coming from Harley in upcoming years?

“We are shifting our mindset from

‘we build bikes’ to ‘we build riders’

While Harley is making a dramatic shift away from its traditional motorcycles with the announcement of these launches, Classic Harley enthusiasts have no need to worry! Harley-Davidson® will be still be remaining true to, and continuously improving their current core models.

Which bike are you most excited for? Let us know in the comments section below!