When thinking of motorcycle riders, the average person may picture something along the lines of a character from Sons of Anarchy. Someone decked out in leather, covered in tattoos, and mean lookin’. Those stereotypes may deceive you but the riding community is rich with kindhearted people who give back and fight for what is right.

Motorcycles and charities go hand-in-hand. It seems every weekend during the summer months there are rides for relief foundations or to raise money for those in need. It seems the only thing better than going for a ride, is doing it for a cause.

While the popularity of these rides increases, so do the number of charities and foundations created by riders. From toy rides and Movember to B.A.C.A. and Bikers for Autism, the riding world is not only filled with leather wearing riders, but big hearts as well.

The world of riding is filled with giving people

Each year when the riding season is starting to come to an end, right before the weather starts to change, riders come together for the children. Hundreds of riders gather for an organized ride, called a Toy Run, to rise awareness and collect toys for children in need.

Some of these organized Toy Runs have been happening for years and collecting thousands of toys making Christmas special for many children.

This year, the Lower Mainland Christmas Bureau put on their 40th Annual Vancouver Toy Ride collecting a 5 ton truck filled with toys! The Port Alberni Toy Run started in 1985 and has over a million dollars in donations for the local Salvation Army and other foundations in the area.

Toy Runs are an annual staple in the riding community and together riders have made the Christmases of thousands of families all over the world.

The Distinguished Gentlemen’s Ride and Movember

At the end of September, riders get decked out in suits and gather to ride in the name of men’s health. Since 2013, the Distinguished Gentlemen’s Ride has taken place in 92 countries, 582 cities, with over 94,000 riders taking part. Each year this ride brings attention to men’s mental health and has raised over five million dollars in donations toward men’s mental health programs.

During the month of November, riders and other men throw our their razors and grow a mustache to raise awareness for the cause. Movember has become an annual tradition for many people including everyone at Barnes Harley-Davidson®.

As a team, Barnes Harley-Davidson® has taken part in the Movement for the past seven years raising close to a quarter of a million dollars in the process.

November is drawing near so head over to the Barnes Harley-Davidson® team page and join us in giving back and raising awareness!

Bikers Against Child Abuse (commonly known as B.A.C.A.) is an international non-profit that “provide aid, comfort, safety, and support for children that have been sexually, physically, and emotionally abused.” 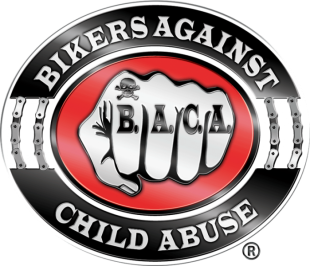 Starting in 1995, B.A.C.A. has provided support for hundreds of children and their families who have experience abuse. By supporting those who has been affected, the group brings attention to the problem and takes measures to help these children get back on their feet.

By organizing rides, events, and collecting donations, this non-profit gives back to the communities and provides safety and comfort for anyone in need.

Founded in 2012, “Bikers for Autism (BFA) has been actively creating unique events,  programs along with fundraising initiatives to generate awareness, acceptance and inclusion in support for individuals and families affected by Austin Spectrum Disorder (ASD).”

The fundraising from BFA events have gone to support multiple community programs such as the Surfs Up Event-Sponsored by Ripcurl, Little Heroes Hockey Academy and the PAFC Music Therapy Studio.

The Inaugural Bikers For Autism Festival in 2013 was held and hosted by Barnes Harley-Davidson® in Langley, BC. This event attracted hundreds of riders and supporters raising over $10,000.

Ride and Give Back

There are hundreds of non-profit organizations and charities centered around bikers giving back. Whether you participate in a Toy Run, suit up for men’s mental health, or raise the awareness of child abuse or autism, anyway you can give back helps.

Which biker based charities do you support? Let us know in the comments!